Rock ( Ganseki) is a monster Type. Rock monsters are most often EARTH-Attribute and typically have high DEF.

Many Rock-Type monsters were released in The Lost Millennium. The Structure Deck, Structure Deck: Invincible Fortress, is focused on Rock monsters.

The only main character in the anime to use a Rock Deck is Jim Crocodile Cook, although other characters do use Rock-Type monsters. Yugi Muto uses the "Magnet Warriors", Jaden Yuki uses "Neo-Spacian Grand Mole", Yusei Fudo uses "Rockstone Warrior", Jack Atlas uses the "Piece Golems" and "Power Giant" and Yuma Tsukumo uses the "Gogogo" monsters.

Rock monsters are typically representing the embodiment of Earth element. They mostly appear as creatures made of dust, sand, rocks or other minerals, such as gemstones. Golems are also common creatures that represent the 'people' among Rock monsters. Many also appear in the form various inanimate objects such as statues, idols, charms, jars, totems, or structures (as represented by "Castle Gate"). It could even take form as a complete building, like "Number 68: Sanaphond the Sky Prison", "Utgarda, Generaider Boss of Delusion", and "Skyfaring Castle of the Black Forest". A few Rock monsters, however, take appearance visually as humans; this might happen in an archetype that was meant to have all monsters within the group to be a single Type, such as "Adamancipator". The other case is the "Monk" series that includes "Monk Fighter" and its upgraded form; the reason might because monks are typically shown to have extreme physical strength and endurance, close to that of rocks.

A significant number of Rock monsters have effects related to Flip Summoning or have the ability to flip themselves face-down again. With the introduction of the "Koa'ki Meiru" archetype, Rock-Types gained some high-ATK monsters focused on heavy control. "Koa'ki Meiru Guardian" allows negation of monster effects, "Koa'ki Meiru Sandman" can negate Trap Cards, "Koa'ki Meiru Wall" can negate Spell Cards and "Koa'ki Meiru Overload" can negate Summons. Each with 1900 ATK points, these three can be used to switch from the classic defensive builds to more aggressive builds. They can be searched with "Koa'ki Meiru Boulder", also a Rock-type. With monster destruction available via "Mormolith", and some Anti-Meta capabilities with "Fossil Dyna Pachycephalo", Rock Decks can take the offensive or get a solid defense, easily switching between these strategies.

Five Field Spell Cards exist that work particularly well with Rock monsters. "Wasteland" increases the ATK and DEF of Rock monsters by 200, "Canyon" inflicts double battle damage to anyone attacking a Defense Position Rock monster with a weaker monster, "Gaia Power" increases the ATK of EARTH monsters by 500 points, though it weakens their DEF, which is often an important part of Rock monsters' strategy, "Catapult Zone" offers some protection against destruction, and "Acidic Downpour" which is the reverse of "Gaia Power", decreasing their ATK by 500 but making them gain 400 DEF. The ATK decrease can be seen as a bonus if the Deck is only defensive, since it will probably be lowering your opponent's monsters ATK, as EARTH is a very common Attribute. "Chorus of Sanctuary" can be used as an alternative to "Acidic Downpour" if the Deck is more offensive. Rock-Type monsters are also weak against the card, "Breath of Light".

With the release of Return of the Duelist more support for Rock monsters has come about. "Catapult Zone", a new Field Spell Card, can be used to fill your Graveyard with Rock monsters and prevent destruction. "Dust Knight", which is essentially "Armageddon Knight" for EARTH monsters, is also useful for milling and can later be revived through the effect of "Block Golem". This gives Rock Decks new Xyz Summon and Synchro Summon capabilities.

"Megarock Dragon" and "Gaia Plate the Earth Giant" rely on banishing monsters in the Graveyard to Special Summon themselves, which can be extremely useful when mixed with "Release from Stone", which Special Summons a banished Rock monster. Cards that take away the ability to banish cards from the Graveyard pose a serious threat to some rock decks.

The point of this Deck is to restrain the opposition while supporting field advantage using effects to return the opponent's monsters to the hand and the high DEF of Rock monsters to block the opponent's attacks, then attack for about 1000-2000 damage every turn.

Many good cards are in Structure Deck: Invincible Fortress. There are also several Trap Cards that destroy face-up monsters, and many Rock monsters can flip themselves face-down. Keep in mind the opponent will attack high DEF monsters to keep them from Flip Summoning and activating effects, so punish them with cards like "Shifting Shadows" and "Canyon". See Stone Statue of the Aztecs (character) for some good ideas.

Opponents may be intimidated from attacking, so "Battle Mania" can force them to do a lot of damage to themselves, particularly with cards like "Canyon" or "Continuous Destruction Punch".

Rock Anti-Meta (commonly referred to as "Rock Stun") Decks use Rock-Type and other monsters that have meta-breaking effects to counter the current Metagame. The Deck can be played in a variety of ways. Some builds splash Rock monsters into a standard Anti-Meta build with cards such as "Thunder King Rai-Oh", "King Tiger Wanghu" and "Doomcaliber Knight". Other builds focus on a more aggressive play style, often using only Rock monsters and playing "Solidarity" to gain 2700 ATK "Koa'ki Meiru" monsters and a 2000 ATK "Fossil Dyna Pachycephalo". Still other builds use a pseudo-Macro Cosmos Deck to counter common effects that resolve in the Graveyard, while using cards such as "Release from Stone" and other cards like "Core Blast" to set up combos and gain field advantage, while using the "Koa'ki Meiru" monsters to hinder the opponent's strategies.

With the release of "Catapult Zone" and "Block Golem" in "Return of the Duelist", Rock Stun focuses not only on anti-meta, but also on controlling the field and filling the Graveyard with monsters for their ace monsters "Block Golem" and "Gaia Plate the Earth Giant".

This deck uses the bounce effect of Golem Sentry to continually return the opponent's monsters back to their hand, leaving them open to attacks by stronger rock monsters. Gigantes works well because of its high 1900 ATK and its ability to be Special Summoned also working as a possible Spell and Trap removal. Also the Effect of Mirage Dragon will help allow direct attacks without worrying about Traps. Giant Rat works to keep Monsters on your side of the Field. Its ability to Special Summon Golem Sentry, Criosphinx, Moai Interceptor Cannons and Neo-Spacian Grand Mole gives you great flexibility.

This Deck utilizes the card powerful Rock beatsticks like "Koa'ki Meiru Guardian", "Koa'ki Meiru Wall", "Gogogo Giant" and "Koa'ki Meiru Sandman". One of the major differences between this Rock Deck and other Rock Decks, is that it Special Summons. While most Rock decks rely on Flip effects to take down the opponent, this Deck relies on swarming the field with huge beatsticks and/or several Rock floaters that provide both field advantage and a host of power plays. It's key card is Block Golem. This card allows you to Summon any two Level 4 or lower Rock-Type monsters from your Graveyard by sending itself to the graveyard. From here you have access to Rank 3 and 4 Xyz Monsters like Acid Golem of Destruction, Gem-Knight Pearl and the like. Its has two ace monsters: "Gaia Plate the Earth Giant" and "Grandsoil the Elemental Lord". Other cards that may be useful for this deck due to their easy Summoning requirements and/or deck thinning abilities are "Naturia Cliff", "Naturia Rock", "Chronomaly Crystal Bones", and "Chronomaly Crystal Skull". It is recommended that the deck is comprised of earth type monsters, as "Block Golem" cannot activate its effect if there are any other attributes in the graveyard. You can use several Spell and Trap Cards to dump Rock-Type monsters from your Deck to the Graveyard to fulfill the Summoning requirements for the ace cards in the Deck.

Surprisingly, a large number of monsters in a typical Monster Surge deck are Earth. This Deck combines them with Rock Swarm for excellent synergy and versatility. Milling cards fill the graveyard with Rock and Earth monsters quickly for fast swarming setups and Gaia Plate the Earth Giant, which will kill almost any beatstick. Earth tuners like T.G. Striker and Glow-Up Bulb enable access to Naturia Synchros - when combined with Rock Stun monsters, the opponent can get locked down hard. Remember to run few Spell Cards (only one recommended) so as not to interfere with Witch of the Black Rose or Gallis the Star Beast. 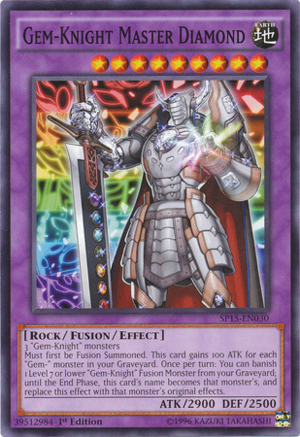