From Yugipedia
Jump to: navigation, search
This article is about the Type. For the Alignment, see Water (Alignment). For the character, see Aqua (character).

Aqua ( Mizu "Water") is a Type of Monster Card.

Aqua monsters are usually represented by beings that have power over water or ice, such as "Mobius the Frost Monarch". They may also represent aquatic or amphibious creatures that do not fall under the category of Fish or Sea Serpent monsters, like sea-borne mammals and amphibians. In the same respect, most Aqua monsters are WATER monsters, though Aqua monsters for almost every other Attribute do exist. The effects of Aqua monsters are varied, but many of the best focus on hand control.

The monsters that belong to this Type also gain a boost from "Umi", "Power of Kaishin", and "Wetlands". 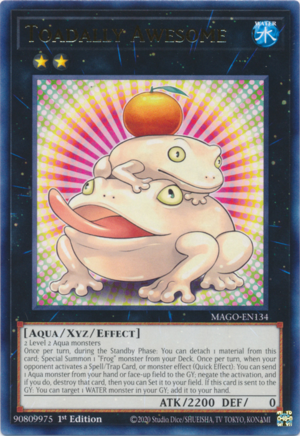