Winged Beast ( Chōjū "Bird Beast") is a Type of monster that usually represent creatures of flight, such as birds or bats. It debuted with the game's first booster in both the OCG (Vol.1) and TCG (Legend of Blue Eyes White Dragon). The majority of Winged Beast monsters are WIND, but there are also several DARK Winged Beast archetypes.

In Yu-Gi-Oh! The Falsebound Kingdom, Winged Beasts are treated as Beast Monsters. 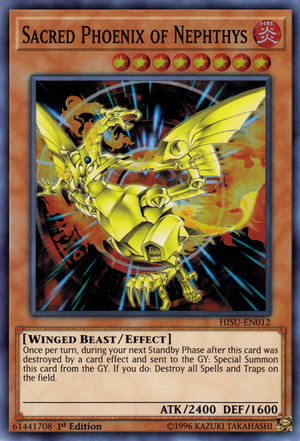