Fairy ( Tenshi, "Angel") is a Type of monster often represented by beings such as sprites, angels, deities, or, in some cases, advanced organic and mechanical beings of supernatural or extraterrestrial origin. They're primarily LIGHT, although there are at least some for all six main Attributes. Fairies usually appear as benevolent beings of love and harmony, however there are many villainous-looking themes as well, such as "Arcana Force" and "Darklord". They are used by many characters in the anime and manga, often female ones, including Belowski, Sartorius, Adrian Gecko, Midori Hibiki, Reggie MacKenzie, Z-one, Dumon, Zuzu Boyle, Micky Starlett, Aura Sentia, Skye Zaizen, and Sushiko Maki. 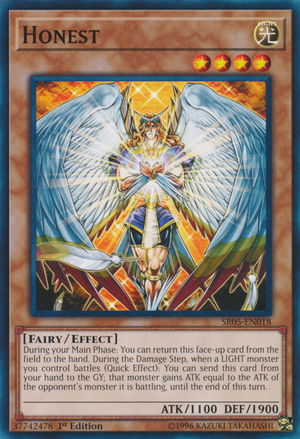