From Yugipedia
Jump to: navigation, search
This article is about the Type. For the Alignment, see Fire (Alignment).

Pyro ( Honō "Flame") is a Type of Monster Card. Pyro monsters are almost always of the FIRE Attribute and represent control over fire, or may be an embodiment of fire itself. In the Yu-Gi-Oh! SEVENS anime they are also often used to represent monsters based on ramen. Their effects often involve inflicting effect damage to the opponent. They are used by Axel Brodie, Saburamen, Celestia Noodlina, Finger Chikako, Sweets Kakoko, and Manabu Sogetsu.

Support cards include "Gaia Soul the Combustible Collective", "Solar Flare Dragon", "Royal Firestorm Guards", and "The Thing in the Crater".

Although powerful, Pyro monsters are weak against cards such as "Oxygeddon", "Water Dragon", and "Umi". 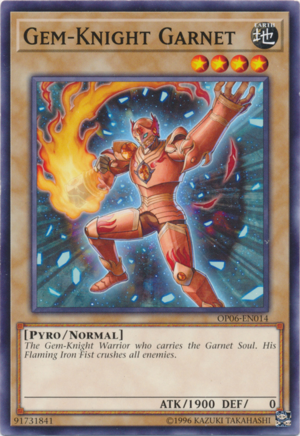