Episode 199 (The Ultimate Game) marks the beginning of the (Millennium World) story arc of the Yu-Gi-Oh! second series anime. 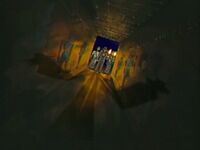 The Tomb of the Nameless Pharaoh[edit]

Before reaching the end of Nameless Pharaoh's Tomb and the Millennium Puzzle, Solomon and his guides had to go through a variety of trapped rooms as the ancient treasure was well defended. Each room was treated like a "game", with the ultimate sacrifice awaiting those who lost: death. 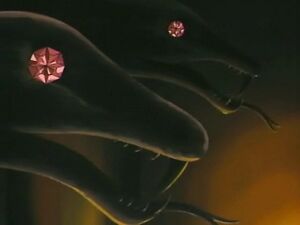 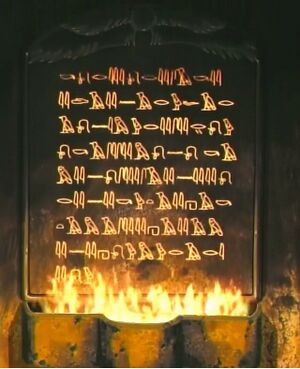 "Ahead is the sleeping place of the great Pharaoh. Trespassers' bodies who dare to defy the Gods will be eaten and their souls will be buried into the Dark.")

Room 3: The Maze Across the Dark Pit[edit] 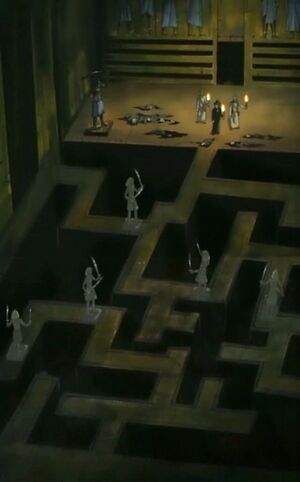 The Maze Across the Dark Pit 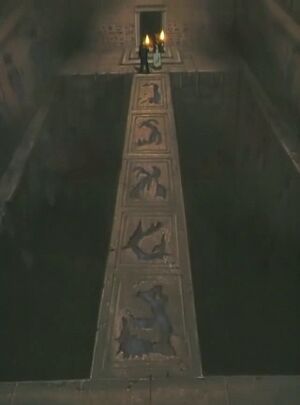 "The Ka residing in the tablets will judge you. Cowards' souls will be eaten by Specters. Courageous ones will be shown the way.")

As he crossed the bridge, Solomon was shot in the back by his other guide and wounded (in the dub, the guide uses a slingshot to knock him off the bridge). However as the guide crossed the bridge himself, a KA sensed his fear and attacked him ("swallowing" him alive in the original Japanese). The spirit of the Pharaoh then helped Solomon from his predicament, so that he could retrieve the Millennium Puzzle The Pharaoh calls Solomon "Shimon").

Changes to the English version[edit]