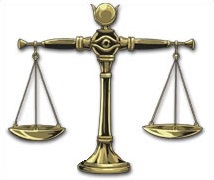 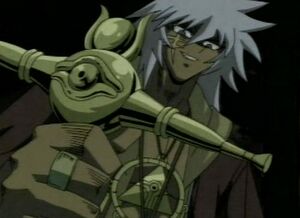 The scale's power is the ability to weigh a person's sins against the Feather of Ma'at. If a person lies while being interrogated by the owner of the scale, or is revealed to be truly evil, the side opposite of the feather will lower, as if weighed down by the person's sins, and if the side without the feather drops to the bottom, the person's soul will be eaten by Ammit, causing death. By placing the scale close to the heart of a person, if the scale tilts, then the person is noted to have darkness in his heart. The Scale has its limits regarding individuals with extremely evil hearts; Bandit King Bakura was so evil that the Scale fluctuated when Karim tried to weigh his evil, while the absorbed heart of Tragoedia turned the white "Winged Kuriboh" dark.