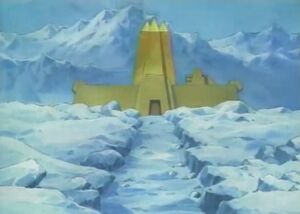 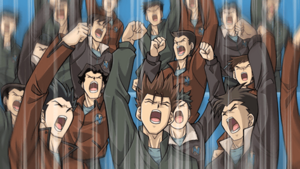 North Academy is truly a difficult school to get into. Before one can even enter, they must possess a Deck of at least 40 cards. If the Duelist in question does not have the necessary number, then they must scour the icy landscape that surrounds the school for scattered cards in order to meet this requirement.[1]

When a new student arrives at North Academy, they must go through a 'Duel Gauntlet', a ranking system where they face off against all of the students in the school, starting off against the lowest-ranking and ending with the top student. Whichever Duelist you eventually lose against determines your rank, unless you defeat the top Duelist, which makes you the new top Duelist.[1]

Students do not appear to be separated by dorms in North Academy, and as a result only follow the ranking system at the school.