From Yugipedia
Jump to: navigation, search
For the composition, see Slifer Red (composition).

Slifer Red, known as Osiris Red (オシリス・レッド Oshirisu Reddo) in the Japanese version, is the lowest-ranked of the three dorms at Duel Academy. It is also sometimes referred to as the "Red Dorm".

The students, save for a select few, are categorized as being the weakest Duelists among the dorms, having very weak decks and poor strategies which cause them to lose most of the time. In some cases students from this dorm have never won a Duel at all and drop out.

In the Yu-Gi-Oh GX anime, the head of the Slifer Red Dorm was originally Professor Lyman Banner. After Banner (as Amnael, the 7th Shadow Rider) lost a Duel to Jaden Yuki his body was destroyed; however, Banner's cat, Pharaoh, caught Banner's spirit in his mouth to stop him from leaving.

In the Yu-Gi-Oh GX manga, the head of the Slifer Red Dorm is Midori Hibiki. 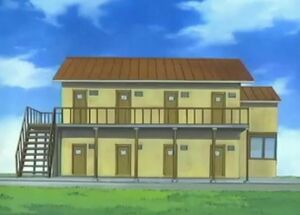 The Slifer Red Dorm as seen in Yu-Gi-Oh! GX

Slifer Red has the worst dorm and the least to no privileges out of the three dorms. Upon seeing it for the first time, Syrus Truesdale referred to it as "an outhouse with a deck". Their welcoming feast was a small tray of rice, sardines and sauces held in a small dining hall. When Chazz Princeton moved in, he made the interior of the dorm more luxurious for the students.

The state of the dorm is likely designed as incentive for residents to either try advancing to a higher dorm and acquire a better standard of living or leaving the school.

A navigational map of Duel Academy in Yu-Gi-Oh! GX Duel Academy. Click on a dot to go to a location's page.

At that start of the Yu-Gi-Oh GX anime, Dr. Crowler expressed a great disdain for the students in this dorm, going as far as to set up stakeouts and sabotaging Duels to find any opportunity to expel Slifer students. The students in Obelisk Blue shared his dislike and usually exploited the Slifers' low ranks by calling them "drop-out boys" (in the dub this is replaced by terms such as "Slifer Slacker", "Slifer Slime", or "Slifer Scum"). However, as time continued, students from all dorms began flocking to Slifer Red. Examples include Alexis Rhodes, Tyranno Hassleberry, Syrus Truesdale and Bastion Misawa.

However, by the end of the series, the only student officially enrolled in Slifer Red appears to be Jaden Yuki, who graduated as a Slifer Red student and went on a journey. 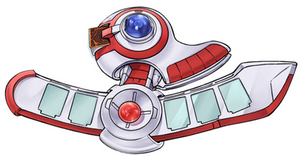