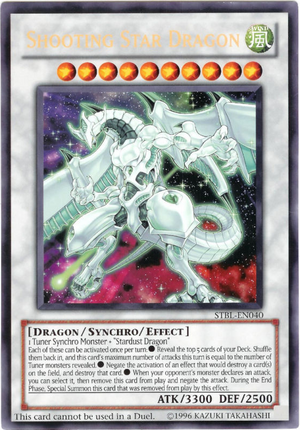 A Case Topper (also called an Oversized Promo) is a special promotional card that is much larger than the standard card size, measuring at 14 cm x 20.5 cm. Case Toppers have the text "This card cannot be used in a Duel." where the passcode normally is, and therefore, are illegal to use in actual play. Case Toppers have so far been released, often as pre-order gifts, Sneak Preview event prizes or when you buy a case of booster boxes from a recent set.

Starter Deck: Dawn of the Xyz[edit]

Lord of the Tachyon Galaxy[edit]