"Will The Real Jack Atlas Please Stand Up, Part 1" known in the Japanese version as "Suspect!? Jack Atlas", is the eighty-third episode of the Yu-Gi-Oh! 5D's anime. It first aired in Japan on November 4, 2009 and in the United States on November 20, 2010.

One night, Jack Atlas is suddenly arrested by Sector Security in relation to a series of incidents, which involve a man who looks like Jack, riding a Duel Runner that looks like the Phoenix Whirlwind. Jack pleads that he's innocent, while Yusei and the others are puzzled.

While Jack is in prison, a small machine crawls to the lock on his cell and explodes, freeing Jack. He immediately fetches his Duel Runner so he can hunt down and expose the imposter. When they meet, the other Jack speaks as Jack did in his days as the King, boasting that he is the true Jack and that the other has lost his strength.

They Duel, and Jack draws "Trust Guardian", a card he had drawn but not used in a practice run with Crow and Yusei. Crow had scolded him, saying the card was part of their team strategy, but Jack had insisted that he need not limit himself to such things.

In the same way, Jack does not use "Trust Guardian" but goes for a more destructive strategy instead. The enemy, unfazed and disappointed, goes on to Summon a copy of "Red Dragon Archfiend", wiping out all of Jack's Life Points in one turn. Jack is sent flying from the highway, devastated at such a manner of defeat. Yusei and Crow show up, only to find Imposter Jack riding away and leaving behind shards of broken glass.

4/1800/0) in Attack Position. Jack activates his face-down "Powerful Rebirth" in order to revive "Dread Dragon" in Defense Position with its ATK and DEF increased by 100 and its Level increased by one ( 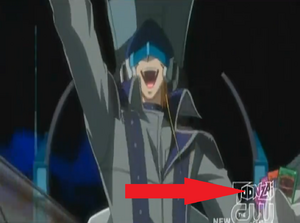