From Yugipedia
Jump to: navigation, search
This article is about the Yu-Gi-Oh! 5D's location. For the Yu-Gi-Oh! ARC-V location, see Topsiders. 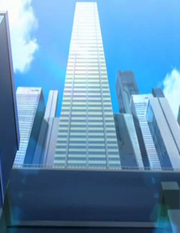 The highest rooftop in Tops.

Tops is an upper class residential area, located in New Domino City. The part of it where Leo and Luna live is said to be the highest part of New Domino.

Yusei Fudo was born here, but was sent to live in an orphanage in Satellite after his parents died during the Zero Reverse incident; this is unknown to the public.

To hide Jack Atlas' background, the public was told that he was born here, rather than Satellite. The public later learned that Jack was in fact, born in Satellite.