From Yugipedia
Jump to: navigation, search
For the manga version of this character, see Mirai Tsukumo (manga).

Mira Tsukumo, known as Mirai Tsukumo ( , Tsukumo Mirai) in the manga and Japanese versions, is a character in Yu-Gi-Oh! ZEXAL. She is the mother of Kari and Yuma and wife of Kazuma.

Her given Japanese name, Mirai, means "future" in Japanese. 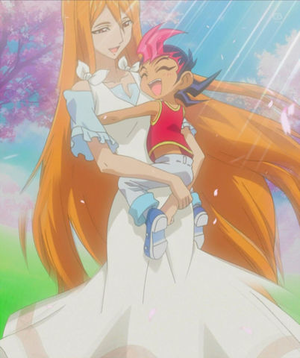 Yuma as a little boy with his mother.

Mira worked as an adventurer together with Kazuma Tsukumo, and as the mother of Kari Tsukumo and Yuma Tsukumo. They collected many Aztec and Inca artifacts over their travels, which they stored is an attic above Yuma's bedroom.[1]

When Kazuma and Yuma went on trip when Yuma was younger, Mira dealt with Kari's complaining about not being taken with them. To eased her daughter's jealously, Mira offered to spent time with her and go out to eat, which made Kari excited. While traversing a snowy mountain, Mira and her husband saw a blinding light before the mountain began to break apart and Kazuma ended up falling off the cliff. Mira tired to pull him put by the rope that connected them, but was struggling. Knowing that Mira couldn't save him and would fall in with him, Kazuma began to cut their rope. She begged him not to do it, but he assured his wife that his not abandoning hope because there was hope for her to survive. After Kazuma cut the rope and fell, Mira cried and called out to her husband. Weeks later, Kazuma was found and they traveled back to Heartland to their worried family with the Emperor's Key in tow. Sometime later, they told Kari to be careful about Yuma's Duels, saying a great fate would awaken one day. This made Kari jealous, who simply thought that her parents giving Yuma more attention again, but Mira told her it's her duty as the oldest to take care of Yuma and support him in his future hardships because they won't be there for him one day.[2] After Kazuma gave Yuma the key, Mira and her husband disappeared soon after, leading many to believe that they were dead.[3] 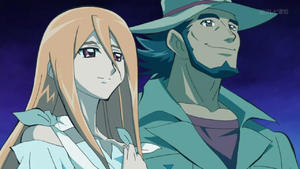 Mira and Kazuma in the Astral World.

In reality, Mira is currently with her husband in the Astral World (though it was never explained how Mira ended up there with him). After Yuma's Duel with Eliphas ended, Mira and Kazuma watched as Yuma and Astral left the Astral World from a cliff. Mira was proud of Yuma for changing the world and commented how much he had grown. With knowledge that Yuma had "chosen" them, Mira stated that their son would mature even more and shed tears of joy.[4] 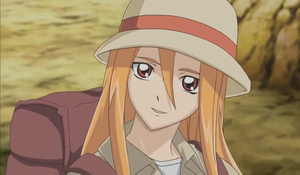 Mira brought back from Astral World.

After Yuma's and Astral's final Duel, Mira and Kazuma returned to Earth, having resumed their adventuring. They were last seen exploring a canyon together.[5]