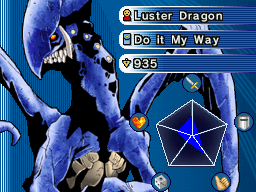 Luster Dragon is a Level 3 Limited Duel opponent. It challenges the player to defeat it using a Deck that has no monsters that are not Dragon-Type.