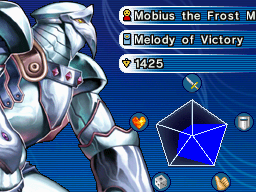 Mobius the Frost Monarch is a Level 6 Duel Opponent.

Mobius the Frost Monarch appears in the Darkness Duel World, teaming up with Gogiga Gagagigo. After defeating them once, they are unlocked as Tag Duel opponents in World Championship Mode.

It also appears as a downloadable Ghost Duelist for January 2008. 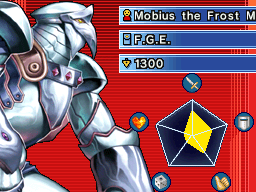 Mobius' appearance as a downloadable opponent