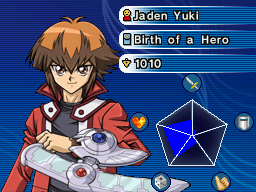 Jaden appears in the game as two different Ghost opponents. One is unlocked by connecting with Spirit Caller, and the other one was obtained only through download.

He can also be unlocked as a Tag Duel opponent, partnered with Jesse, by playing 150 Tag Duels.

Jaden was made available as a downloadable Ghost opponent in November 2007. 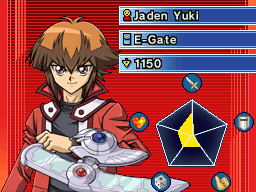 Jaden as a downloadable opponent in World Championship 2008