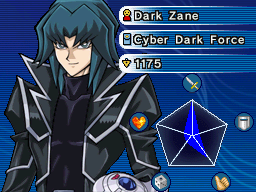 Zane appears in the game as a Ghost opponent who can be unlocked by connecting with Spirit Caller.

He and Chancellor Sheppard can be unlocked as Tag Duel opponents, forming the Cyber Style team, if the player controls a monster with 20,000 or more ATK.

Zane was made available as a downloadable Ghost opponent in Febraury 2008. 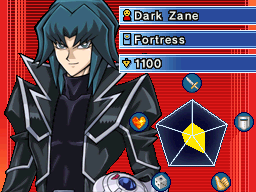 Zane as a downloadable opponent in World Championship 2008