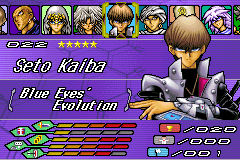 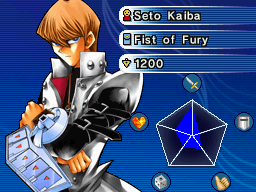 Seto appears in the game as two different Ghost opponents. One is unlocked by connecting with Nightmare Troubadour, and the other one was obtained only through download.

Seto can be unlocked as a Single Duel opponent in Free Duel Mode by defeating Kaibaman at least once. Defeating Seto 10 times earns the player a Kaibaman Duel Disk.

Seto can also be unlocked as a Tag Duel opponent, partnered with Yami Yugi, by having 200 Tag Duels.