Rex first appears in the Facility to force the Chief to release the player character as it had been agreed. After this, he keeps track of the player's movements in the Daimon Area and gets them invited to the Fortune Cup.

As the player falls unconscious after defeating Yusei Fudo in a Turbo Duel, Rex summons them to his prescence. Here he reveals the player is actually a human clone created from the Signers, that Rex was the one who got a Mark of the Dragon grafted onto them, and that he plans to use the player to summon the Crimson Dragon and control its power. He then pits the player against four other clones - Alpha, Beta, Gamma and Delta - who must be defeated one after the other, without refreshing Life Points. Finishing the gauntlet summons the Crimson Dragon, but it dissapears immediatly. Seeing this, Rex realizes he cannot simply use makeshift replicas, and the player is returned to the Stadium. After Jack Atlas is defeated, Rex allows the player to do as they desire.

Rex never duels at any point of the game. 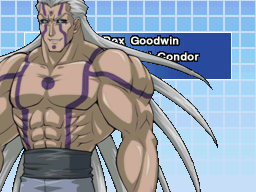 Rex as a Dark Signer, in Reverse of Arcadia

Rex is the final opponent faced in the storyline. The player must defeat Lazar in order to enter his mansion, and then overtake Rex in a Duel Runner race. He is faced in three different, non-simultaneous duels: a 2-on-1 Ground Duel with the player partnered to Yusei while Rex begins with 16000 Life Points, then a Turbo Duel, and ultimately a 1-on-1 Ground Duel. Defeating Rex in all three duels finishes the game's storyline.

Rex can also be dueled as the fourth opponent for both of the dark miasma duel gauntlets containing the Dark Signers as opponents.