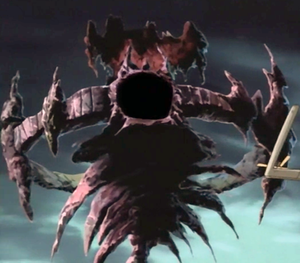 The Castle of Dark Illusions

The Castle of Dark Illusions is a location in the sky where Mokuba was taken under the disguise of Princess Adena. It is revealed later that he was captured on purpose both to save the Princess and to save his brother.

It was found in the sky that was ruled by the "Mythic Dragon". A herd of monsters came to capture Adena and the "Whiptail Crow" captures her.[1] The gang arrives at the castle until the "Salamandra" hits the flying machine but "Harpie Lady" destroys the "Salamandra".[2]