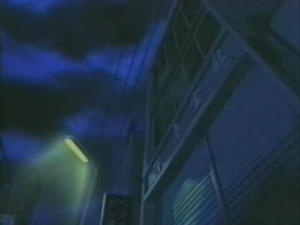 Ushijima Finance is a location in Domino City in the Toei Yu-Gi-Oh! anime.[1]

Tetsuo Sasaki tried robbing Ushijima Finance, only to find the safe had been emptied earlier. The next day the attempted robbery was mentioned on Morning Asa after a report of a string of successful robberies, which were believed to have been committed by Tetsu Tasaki. However the other robberies were committed by Jiro the Jorogumo.[1]