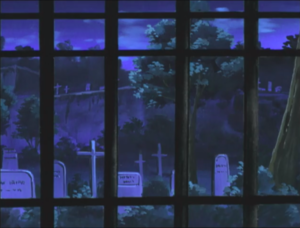 Domino City Cemetery is a cemetery in Domino City in the Yu-Gi-Oh! anime. It was the setting of Yami Bakura and Bonz's Duel. The cemetery did not feature in the manga, where that Duel instead took place in an alley near Domino Stadium.

During the Battle City tournament Bonz, Sid and Zygor lured Duelists into the cemetery, where they would scare them by wearing zombie costumes. They demanded frightened Duelists to drop their Duel Disk, which contained their Deck and Locator Cards. However their final target, Yami Bakura was unfazed by the zombie costumes, so Bonz's opted to Duel him for the Locator Card instead. Yami Bakura turned the Duel into a Shadow Game, where Bonz, Sid and Zygor were sent to Hell as a Penalty Game. (In the English dub, they were instead sent to the Shadow Realm.)[1]

Yu-Gi-Oh! The Sacred Cards features a graveyard in Domino City, where Bonz hangs out to face opponents. He is forced to leave twice, when the Rare Hunter and a minor Ghoul each take over his spot. 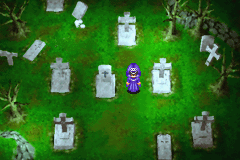 Yu-Gi-Oh! Destiny Board Traveler features a graveyard stage, which can be unlocked by winning games with Yami Bakura. Its special zones have the effect of reviving defeated players. 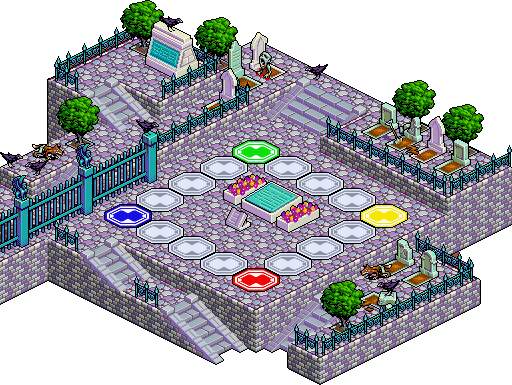