Speed Duel (スピードデュエル Supīdo Dyueru) is an alternate format of the Yu-Gi-Oh! Official Card Game and Yu-Gi-Oh! Trading Card Game. It is designed to be a simplified, rapid-style version of the game.[1]

In the TCG, a Speed Duel format inspired by Yu-Gi-Oh! Duel Links was launched in November 2018.[1]

Yu-Gi-Oh! Rush Duel is a spiritual successor to Speed Duels.

The Speed Duel format premiered at YCS Pasadena in November 2018.[3][4] The first sets were released in January 2019. 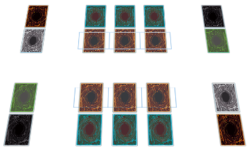 These are the current Speed Duel rules for the TCG.[5] 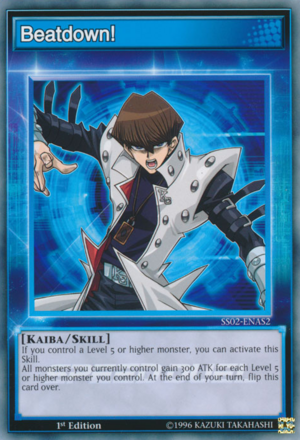 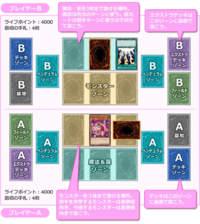 These Speed Duel rules were introduced in the OCG with the release of Starter Deck 2016.[6][7] 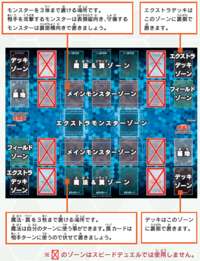 With the release of Starter Deck 2017 and the introduction of the New Master Rules, the Speed Duel rules for the OCG were updated. 2 Extra Monster Zones were added and the Pendulum Zones were removed.[8]

Speed Duels had disappeared for many years when the Data Storm ostensibly ceased to exist, relegating Speed Duels to legends. However, when Yusaku Fujiki captured Ai, Ai released the Data Storm, thus reviving these Duels.[9] 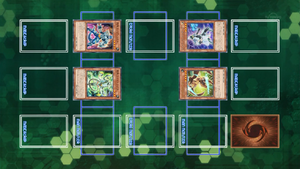