As with all the other Tag Force games, exclusive anime-only cards (namely the Dark Synchro and Dark Tuner monsters) were added in Tag Force 4. Anime exclusive cards from the previous 3 games are present, but not listed here.

The majority of characters have different names in the English version than the original Japanese. The Japanese version of this game featured 43 video game new characters. However, when the game was translated to English, 19 of these characters had their names changed to that of characters from previous Tag Force games who were excluded from this game. These 19 characters are listed above by their Japanese names in italics, followed by the English name in parenthesis.

Completing the storyline of a Tier 1 character earns the player three copies of the character's signature card. The only exception is Carly, who instead gives out 2 copies of 2 of her Fortune Fairies during her first three events and an additional copy of each after finishing the last one. These cards cannot be purchased at the Card Shop, so completing the respective character's storylines is essential to obtain every card.

Unlike in Tag Force 2 and Tag Force 3, you do not permanently partner with one character. Instead, every individual character constantly gains Heart points whenever you positively interact with them, and partnerships only last until the end of the day. When you partner with one character, you fill their Heart meter as you interact with other characters, so partnering often is recommended even if you only Duel solo most of the time. In order to most efficiently fill up a character's hearts, you might want to improve their mood by giving them gifts from the vending machine outside the Card Shop.

The Player can interact with characters in one of four ways:

When a character's storyline is completed, they will always offer to partner with you when entering their area, and if you are already partnered with someone, they will give you a card pack or an item.

(Note: This storyline closely mimics the first five episodes of the 5Ds anime, wherein Yusei escapes from Satellite into the City to get Stardust Dragon back from Jack. As a nod to the first episode, in this storyline, Yusei refuses to speak during events, only saying 'Duel me.')

(Note: This is not Akiza as she was when she returned to Duel Academy, but how she was during her first attendance; convinced that everyone is out to get her, she lashes out violently at anyone and everyone who tries to reach out to her, turning her paranoid beliefs into reality).

Note: Devack's initial Partner Deck is made exclusively out of high-Level monsters, with no way to summon his monsters. The Deck is useless until it is edited, making it mandatory to find Lenny and pay him 10,000 DP to unlock the ability of editing Devack's Deck. 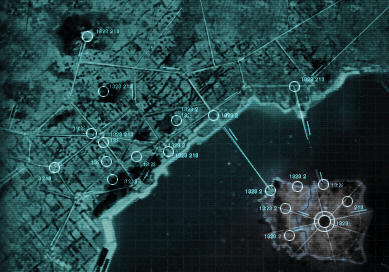 Locations in the game on the map include: 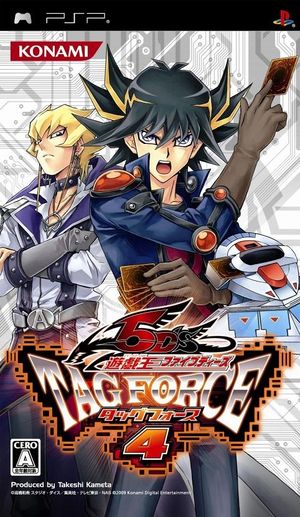 Box art for the Japanese version of this game.